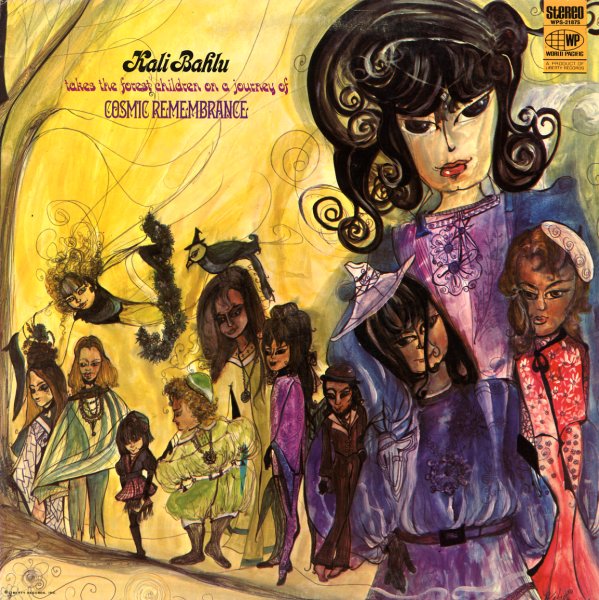 A weird set of sitar and bongos backed sing-speak about gurus, devil gods, leprechauns, elves, opium, the wind, hippie boys and other oddball psychedelia enhanced storytelling from Kali,The Gypsy Star Child! We don't know a thing about Kali – she has a cute, girly-girl, Anytown, USA voice, but the hippie fantasy, pseudo spiritual storytelling is weird, yet genuinely committed – with droning, Eastern-tinged psych backdrops. Includes "A Game Called Who Am I", "Cosmic Remembrance", "A Cosmic Telephone Call", "From The Angel Liesle & The Buddha" and "How Can I Tell My Guru?"  © 1996-2021, Dusty Groove, Inc.

Justin Heathcliff
Everland (Netherlands), 1971. New Copy (reissue)
LP...$32.99 43.98
A weird little album from early 70s Japan – an obscure project from Osamu Kitajima – who'd later be known for his jazz and fusion work! This set's completely different from those recordings – and is an Anglo rock project with lyrics in English, and a very groovy sound throughout! ... LP, Vinyl record album