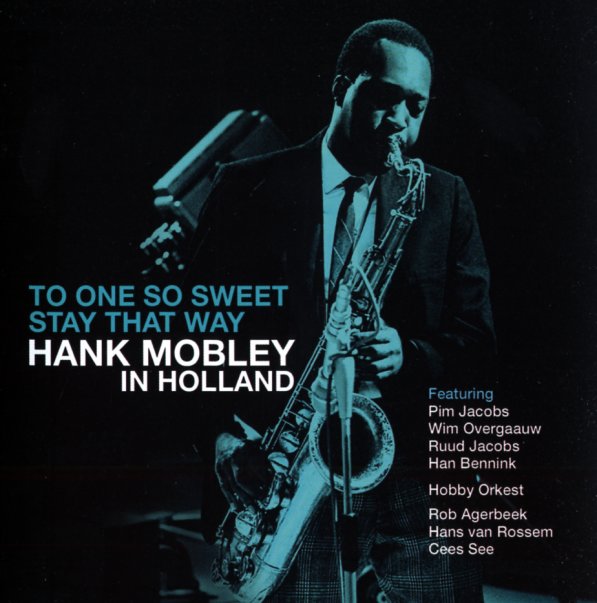 Hank Mobley In Holland – To One So Sweet Stay That Way

A lost smoker from the legendary tenorist Hank Mobley – recorded relatively late in his career, at a time when his music on Blue Note was really taking some great new directions! The approach here is maybe a bit more straightforward than those records, but still completely amazing – as Mobley's soloing with all these unusual twists and turns, and phrasing that you never would have heard a few years before – all while working with a variety of Dutch backing combos on these live performances from the Netherlands in 1968! One group features Pim Jacobs on piano, Wim Overgaauw on guitar, Ruud Jacobs on bass, and future avant legend Han Bennink on drums – and another features the great Rob Agerbeek on piano, with Hans Van Rossem on bass and Cees See on drums. There's also two studio performances with the larger Hobby Orkest ensemble – quite an unusual setting for Hank, and a great one too – and titles include "Summertime", "Twenty Four & More", "Three Way Split", "Vierd Blues", "I Didn't Know What Time It Was", "Sonny's Tune", "Autumn Leaves", and "Blues By Five".  © 1996-2023, Dusty Groove, Inc.

Mandela/Chess
MCN (Netherlands), 1969/1972. New Copy
CD...$19.99 22.99
Two rare albums from Dutch reedman Theo Loevendie – both amazing little records that sound beautiful here on a single CD! Mandela features complicated lines from a hip Netherlands combo of the late 60s – one headed up by Theo Loevendie on alto sax, but which acts a lot more like a ... CD