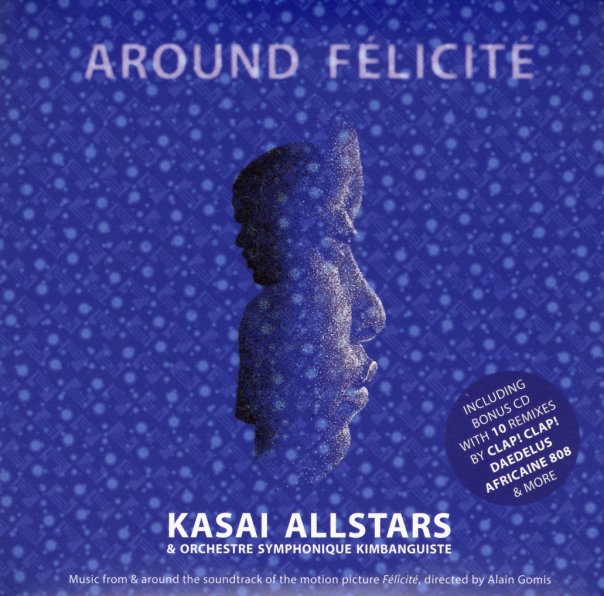 Around Felicite (with bonus CD)

Wonderful work from the Kasai All-Stars – a group we first discovered in the Congotronics series with Konono No 1 – and who still have the same wonderful blend of raw rhythms, fuzzy distortion, and very powerful vocals! Their music has this powerfully organic vibe – with acoustic and electric elements bumping together in a fantastic way – that special sort of immediate power that really grabs you, and never asks for deeper cultural understanding as the price of admission. And the record's also got some interesting surprises too, in that a few numbers are performed by the larger Orchestra Symphonique Kimbanguiste, used in the soundtrack of which the main Kasai music is a part – versions of a few compositions by Arvo Part, which creates a heavenly juxtaposition next to the earthier numbers – with a vibe that's quite unusual, and makes the Kasai music seem even more powerful. Titles include "Kapinga Yamba", "In Praise Of Homeboys", "Tshalemba", "Mabela", "Quick As White", and "Tshitua Fuila Mbuloba".  © 1996-2021, Dusty Groove, Inc.
(Also includes a bonus CD with 10 remix tracks by Afrikaine 808, Daedelus, High Wolf, Ramzi, and others.)