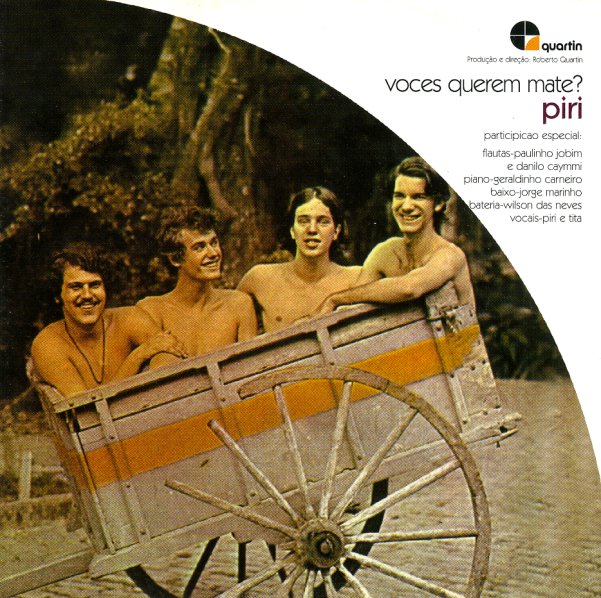 An incredible record from the legendary Quartin label – and a set that, like most of the releases from that imprint, has a sound that's years ahead of its time! Piri's a guitarist, and works here with an instrumental combo who support his soaring, scatting vocals – in a mode that's maybe in the same blend of roots, jazz, and larger ideas as the most creative late 60s moments by Quarteto Novo, Marcos Valle, or Edu Lobo – a completely rich reworking of previous musical ideas into a fantastic new tapestry of sound – one that still has an honest, earthy appeal – even while the sound is soaring to the skies! Piri sings, with help from singer Tita – but mostly in a non-verbal way – alongside his own guitar, and flutes from Paulinho Jobim and Danilo Caymmi, piano from Geraldinho Carneiro, bass from Jorge Marinho, and drums from Wilson Das Neves. The whole album's wonderful – and titles include "Reza Brava", "Chao Vermelho", "Espiral", "Lagrimas", "Porta Do Sol", "Voces Querem Mte", and "O Som Do Roberto".  © 1996-2022, Dusty Groove, Inc.