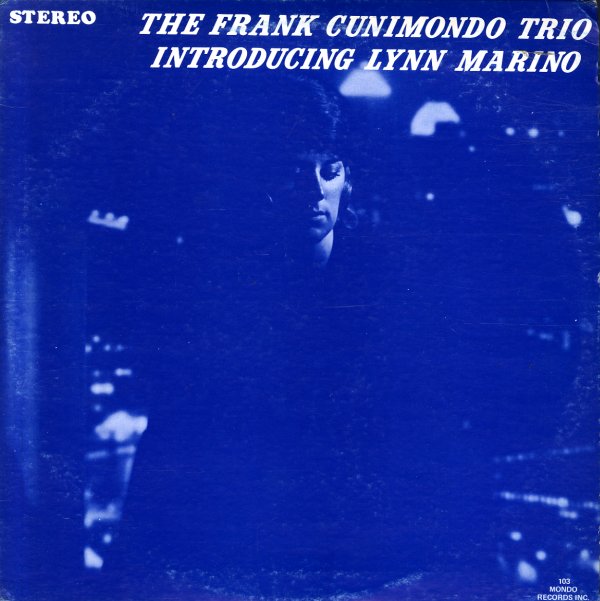 A beautiful set of hipster jazz vocals! This legendary album by Pittsburgh pianist Frank Cunimondo has always been a favorite for the jazz-dance groover "Feelin Good" – a cut which has an incredible drum and bass riff, and which has been sampled more than a few times over the past few years. But even above that track, the whole album's pretty darn great – and it features an excellent set of vocals by the lovely Lynn Marino, a very unique vocalist with a sweet style that's sort of like Blossom Dearie. The whole album's got a lovely light groove, with some heavy rolling piano lines from Frank, tight rhythm backing by the trio, and a great sweet sound from Lynn. A real treasure, and impossible to find on the original vinyl. Titles include "Beyond The Clouds", "Pretty Pretty", "What Are You Doing The Rest Of Your Life", "Love So Fine", "A House Is Not A Home", and the incredible "Feelin Good"!  © 1996-2021, Dusty Groove, Inc.
(Remastered 180 gram pressing!)