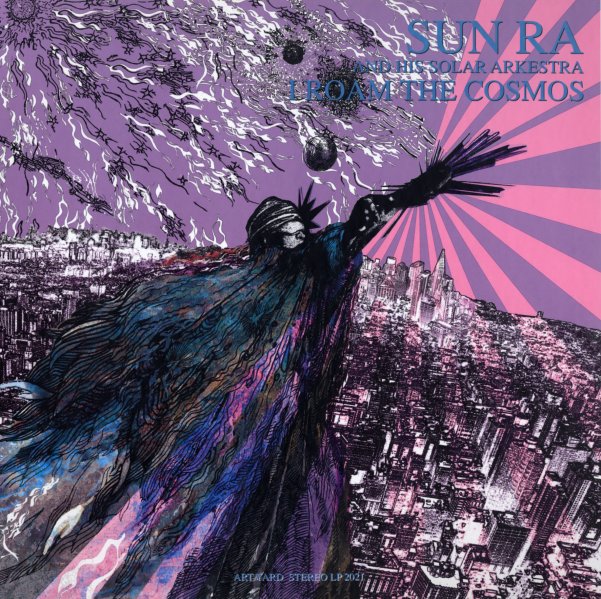 Fantastic material from Sun Ra – a never-heard 1972 performance at Slugs, and one that captures the group at their most spiritual point! The core of the set is the track "I Roam The Cosmos" – one of the more obscure Ra compositions, and a title that appears here for the first time on any record – folded together with bits of "Astro Black" and "Discipline 27 II" – in a wonderfully extended single musical performance – stretching for 51 minutes long, and filled with righteous vocal moments alongside some great solos too! The groove is great – kind of a slow dipping and turning rhythm – showcasing recitations by June Tyson and Sun Ra – with lots of room for soulful work from Marshall Allen on flute and alto, Danny Davis on alto, John Gilmore on tenor, Kwame Hadi and Akh Tal Ebah on trumpets, and Danny Ray Thompson on baritone – plus lots of drums and percussion. Really beautiful stuff – as deeply spiritual as the best of the Impulse Records artists, circa 1972 – and appearing here for the first time ever!  © 1996-2023, Dusty Groove, Inc.

Rise Vision Comin
Rise/P-Vine (Japan), 1976. New Copy
CD...$22.99 29.99
A legendary album of spoken word and spiritual jazz – put together by The Institute of Positive Education in Chicago, and featuring wisdom and knowledge from the legendary Haki R Madhubuti! The album alternates shorter vocal/musical tracks with longer ones that are pure post-Coltrane jazz ... CD