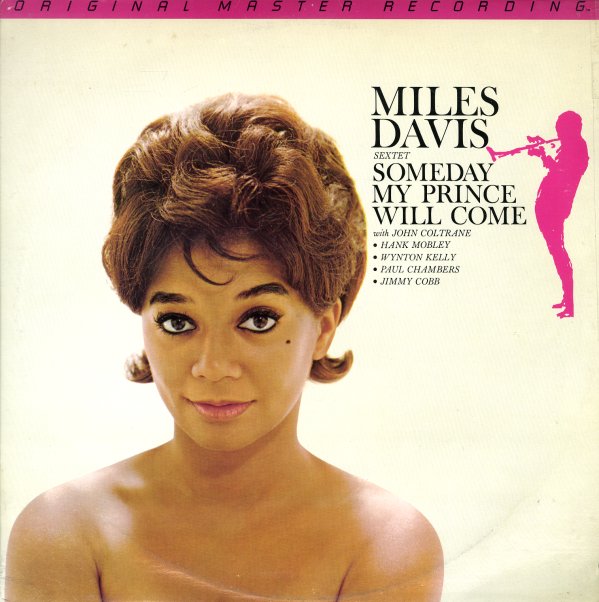 The tenor sax here makes the album a standout – as John Coltrane still works with Miles Davis on 2 tracks for the record, but Blue Note stalwart Hank Mobley joins in on the rest! The approach is similar to that of the classic Coltrane/Davis years – and in a way, the record's kind of a swan song to that period – one of the last studio session that Miles would cut in such an unabashedly sweet and lyrical way. And while Mobley's always better known for his harder-blown notes at Blue Note, he sounds totally great here next to Davis – really keeping up the gentle spirit and spaciousness of the record, and working with a gentleness that surpasses even his work on the legendary Soul Station album. Rhythm is by the trio of Wynton Kelly, Paul Chambers, and Jimmy Cobb – and titles include Miles' classic version of "Someday My Prince Will Come", plus "Old Folks", "Teo", "Drad-Dog", and "Pfrancing".  © 1996-2023, Dusty Groove, Inc.

Miles Davis (Everest) (aka Many Miles Of Davis)
Charlie Parker/Everest, Late 40s. Near Mint-
LP...$11.99
Early bop sides, not led by Miles as you might imagine from this package, but featuring him. We're not entirely certain of the origin of these recordings, but they are at least contemporaneous with the Savoy sides Miles was cutting with Bird, and according to the notes, feature Charlie Parker, ... LP, Vinyl record album

Sorcerer
Columbia, 1967. Near Mint-
LP...$99.99 (CD...$4.99)
Another bold new direction for the legendary Miles Davis Quintet of the 60s – a set that has some of the angular styles of earlier albums, but also a bit more of the flowing grace to come in the electric years! A key illustration of this is the leadoff track "Prince Of Darkness" ... LP, Vinyl record album

Miles Ahead
Columbia, 1957. Very Good
LP...$24.99
A masterful meeting of two 50s modern jazz talents – the trumpet of Miles Davis balanced with the arrangements of Gil Evans – with results that have made the album one of Miles' greatest ever! The sound here is completely sublime – as Davis gets all chromatic and spooky over ... LP, Vinyl record album