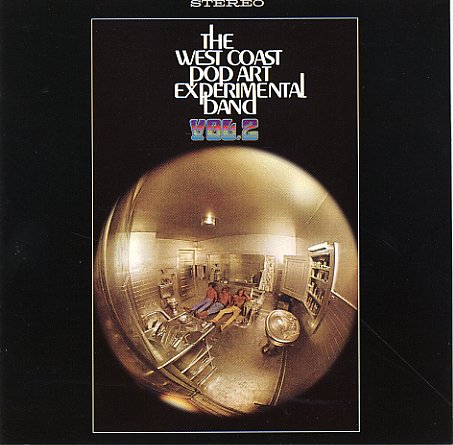 The amazing second album from this ultra-cool group – a set that's even weirder and wilder than their debut! The trio are maybe one of the few who really live up to the farthest expectations of the psych generation – as they're really open to let their minds fly in their choice of lyrics, instrumentation, and overall presentation of the record – which hardly seems the sort to yield any sort of singles at all, even though a few of the tunes are downright catchy! Instead, the whole thing's put forth as a dark statement on late 60s society – with a sound that's as heavy as the subject matter, and not afraid to really pus all the freak and fuzz as far as it can go! Quite surprising, even for the Reprise label – and tracks include "Queen Nymphet", "Tracy Had a Hard Day Sunday", "In the Arena", "Smell of Incense", "Suppose They Gave A War & No One Comes", "Overture Wcpaeb (part 2)", and "Carte Blanche" – which supposedly they were given in recording the album!  © 1996-2021, Dusty Groove, Inc.
(Mono version – from the original master tapes!)