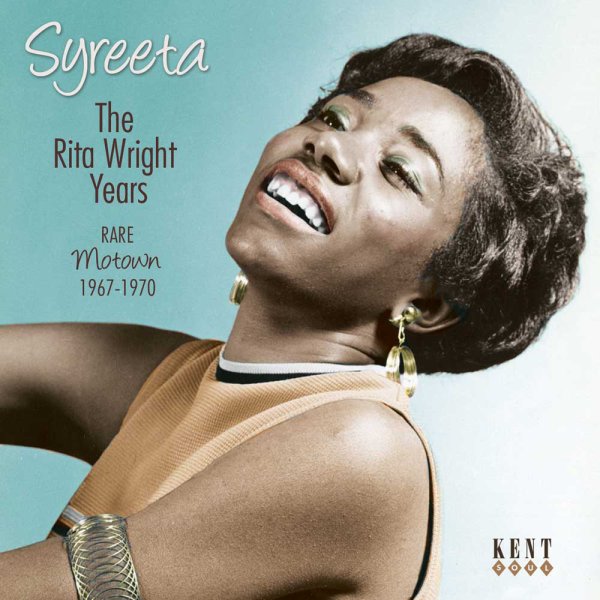 Rare early material from one of the hippest singers on 70s Motown – the heavenly Syreeta, best known for her seminal work with Stevie Wonder – heard here in the years before, on a rare single and a huge amount of never-issued tracks! Syreeta first worked for Motown under the name of Rita Wright – but apart from a 1967 single on Gordy, and a handful of compilation tracks in recent years, almost all her work for the label at the time appears here for the first time ever – a massive 18 of the collection's total 24 tracks – offering up a huge look at the early days of this wonderful talent! Even at the start, Syreeta's got a style that's hipper than most – righteous currents that point the way towards the 70s, and set her apart from some of the other female singers on the label – with a vibe that's completely sublime. We're really not sure why these cuts have been hidden for so long – because on any other label, they'd be hit material – especially given that production his handled by giants like Hal Davis, Stevie Wonder, Ashford & Simpson, and the Holland-Dozier-Holland team. One of the coolest sets of female soul you'll buy in a long, long time – with titles that include "Bad Boy", "Ain't I Gonna Win Your Love", "Beware Of A Stranger", "Love Child", "Since You Came Back", "Mind Body & Soul", "May His Love Shine Forever", "Something On My Mind", "That's What He Told Me", "It Don't Mean Nothin To Me", "Give Back The Good Things", "Can You Feel It Babe", "Save The Country", "Hurtin Me", "Love My Lovin Man", and "Where There's A Will There's A Way".  © 1996-2022, Dusty Groove, Inc.

Masterpieces Of Modern Soul Vol 4
Kent (UK), 1970s/Early 80s. Used
CD...$9.99 (CD...$9.99)
One of the most supremely soulful compilations we've heard in years – and easily the deepest in this series to date! From the start, Kent's Masterpieces Of Modern Soul collections have been all about bringing rare gems to fresh ears, and they've really outdone themselves here. A solid ... CD