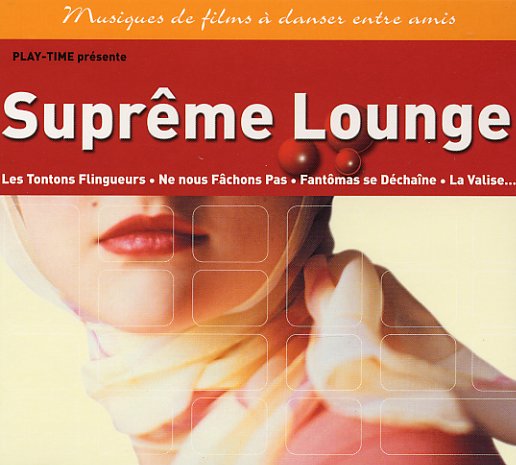 A groovy set of loungey tunes pulled from French films of the 60s and 70s – including good tracks that often lie buried under so-so soundtracks, or others that just plain haven't seen the light of day for years. The French-heavy set's a nice complement to some of the Italian soundtracks we've been stocking over the years – and it's interesting to hear the differences in styles, as much of the French work is a bit sweeter and more romantic, although still quite groovy. Titles include "La Valise" by Philippe Sarde, "Les Tontons Flinguers" by Michel Magne, "Le Distrait" by Vladimir Cosma, "Les Freres Soeur" by Nicolas Errera, "Le Dernier Homme" by Paul Misraki, "L'Anne Sainte" by Claude Bolling, "La Cage Aux Folle" by Ennio Morricone, and a crazy version of "Jesus Christ Superstar" by Michel Legrand!  © 1996-2023, Dusty Groove, Inc.