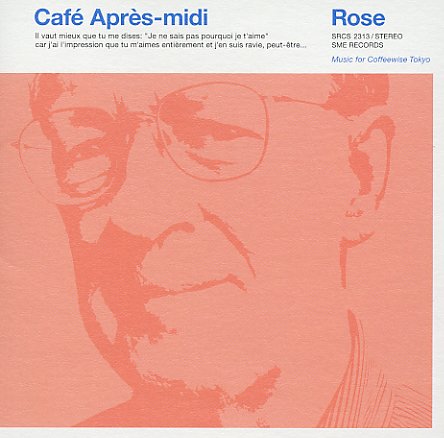 Billed as "Music For Coffeewise Tokyo", this sublime set is one of the best collections of dreamy pop you'll ever find! The 26 track pulls from a variety of sources – all tied to the rich back catalog of Sony/Columbia – and it's a swirling blend of bossa, vocal pop, jazzy grooves, and even the slightest hint of Brit rock. We're tickled that someone's discovered so many of our favorite album tracks from the past – and it's a pleasure to hear a hip set of tunes that includes "S'Il Vous Plait Bossa Nova" by Michel Legrand, "Sugar In The Rain" by Sid Ramin, "Waltz For Jeannie" by Neal Hefti, "I Just Want To Be Your Friend" by The Millenium, "The Visit" by Cyrkle, "Feel Like Makin Love" by Johnny Mathis, "For Once In My Life" by Spiral Staircase, "Mary Won't You Warm My Bed" by Colin Blunstone, "Cheerful Little Earful" by Jackie & Roy, "Amour Toujours" by Mary Roos, "Happiness" by Georgie Fame, "Smile" by The Peddlers, and "Izaura" by Stan Getz.  © 1996-2021, Dusty Groove, Inc.
(Out of print.)