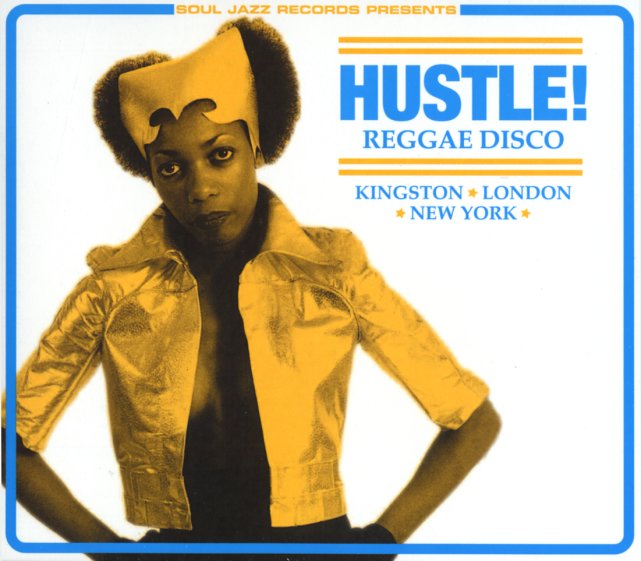 A fantastic collection that looks at the relationship between American soul and reggae in a very unique way – not the early crossovers of soul and rocksteady in the 60s, but a big wave of disco-inspired sounds in the 70s! The set brings together some great Jamaican and British versions of American club tracks from the late 70s and early 80s, plus some soul cuts from earlier years – often done with rhythms that are slower and more bad-stepping, in a true reggae mode – but with songs and lyrics that are lifted right from bit hits by artists like Chaka Khan, Michael Jackson, Diana Ross, and others! The mix of modes is wonderful – and maybe comes across even better than on some of the Afro disco records of the period – thanks to a great track selection, in the usual Soul Jazz standard. Titles include "I'm Every Woman" by Latisha, "In The Rain" by rRnest Ranglin, "Reggae Beat Goes On" by Family Choice, "Ring My Bell" by Blood Sisters, "Don't Stop Til You Get Enough" by Derrick Laro & Trinity, "Do It Nice & Easy" by Chariot Riders, "Don't Let It Go To Your Head" by Black Harmony, "Upside Down" by Carol Cool, "Love Don't Live Here Anymore" by Sharon Forrester, "Rappers Delight" by Xanadu & Sweet Lady, "Ain't No Stopping Us Now" by Risco Connection, "Am I The Same Girl" by Charmaine Burnette, and "Be Thankful For What You Got" by One Blood.  © 1996-2021, Dusty Groove, Inc.
(Includes download! New expanded edition – with more material than the previous version!)