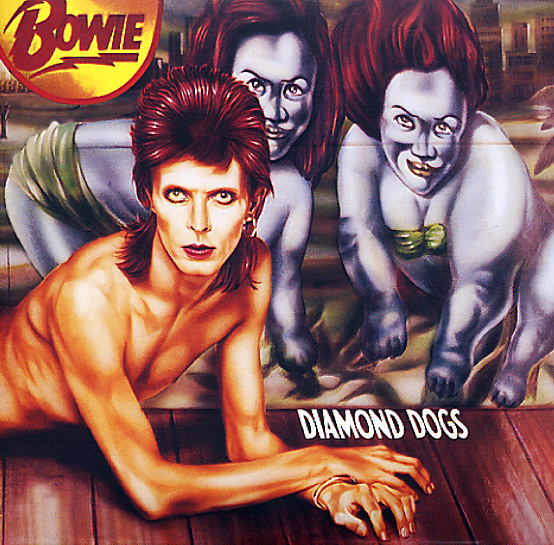 David Bowie at his most sinister for the 70s – a landmark set that combines the harder rocking sound of the Ziggy Stardust years with the more sophisticated theatrics of Aladdin Sane – in a style that features some of the darkest, most political work of Bowie's career! There's a depth to the record that goes way beyond the silly, sensational cover image – and there's also a sonic complexity that's wonderful too – a songs slide into each other with a deftness that never fails to amaze us! The album grew out of a failed project based around George Orwell's famous book 1984 – but the rights to that story were denied by the family – so Bowie went in his own directly, and honestly came up with work that was far better than if he'd done any sort of slavish reading of the novel (Rick Wakeman famously failed in that territory – and the Eurhythmics fared just slightly better.) The whole thing's great, and titles include "Diamond Dogs", "1984", "Sweet Thing", "Candidate", "Rebel Rebel", and "Big Brother".  © 1996-2022, Dusty Groove, Inc.