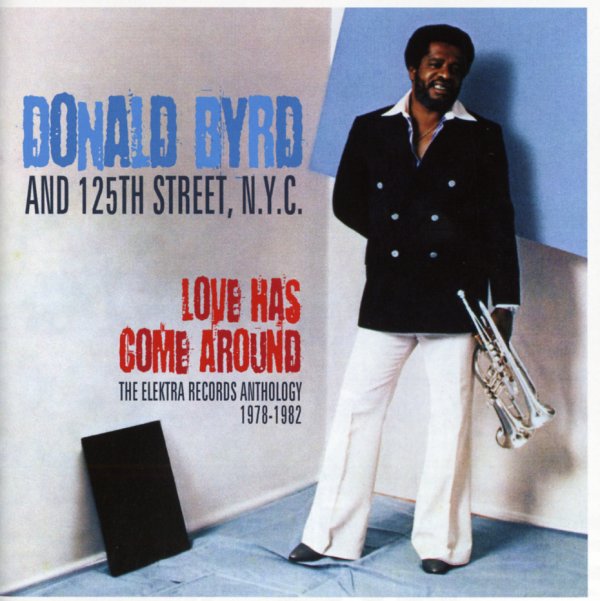 A great chapter in the career of trumpeter Donald Byrd – his post-Blue Note work with the group 125th Street NYC – which is kind of a second chapter to the jazzy fusion style he developed at the start of the 70s! This time around, there's an equal emphasis on soul and jazz – often with some strong vocals in the lead, but also plenty of room for Donald to stretch out and serve up the kind of perfect solos he worked out with the Mizell Brothers in the years before – modes that are continued here with some great guest help from singers and musicians who include Syreeta, Isaac Hayes, Jim Gilstrap, Wah Wah Watson, and Greg Phillinganes! If you like Donald Byrd albums like Places & Spaces or Stepping Into Tomorrow, you'll find that the sound here is a continuation of that mode – taken into the leaner funk territory that would come to play in the 80s. 2CD set features almost all the best tracks from those years, including some single mixes too – and titles include "Thank You For Funking Up My Life (12" disco version)", "Marilyn", "Butterfly", "Gold The Moon White The Sun", "Sexy Dancer", "Love Has Come Around", "Loving You", "Love For Sale", "Star Trippin", "I Love You", "Midnight", "Your Love Is My Ecstasy", "Have You Heard The News", "People Suppose To Be Free", "Morning", "I'm Coming Home", "Sunning In Your Love Shine", "Everyday", "Falling", "So Much In Love", and "Forbidden Love".  © 1996-2021, Dusty Groove, Inc.