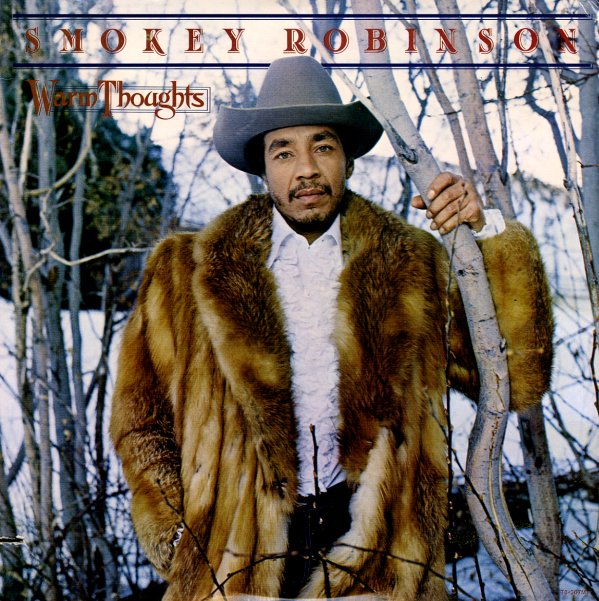 Warm thoughts, and equally warm vocals – thanks to the legendary Smokey Robinson, who's still sounding great here at the start of the 80s! The record's surprisingly charming – and has the laidback, mellow-going sort of sound that Robinson first crafted on Quiet Storm – but delivered here with a style that's even more personal and intimate, too. Things are quite stripped-down, especially given the overblown styles other singers were reaching for at the time – and titles include "Let Me Be The Clock", "Into Each Rain Some Life Must Fall", 'Wine, Women & Song", 'What's In Your Life For Me", and "I Want To Be Your Love".  © 1996-2021, Dusty Groove, Inc.
(Includes the printed inner sleeve.)