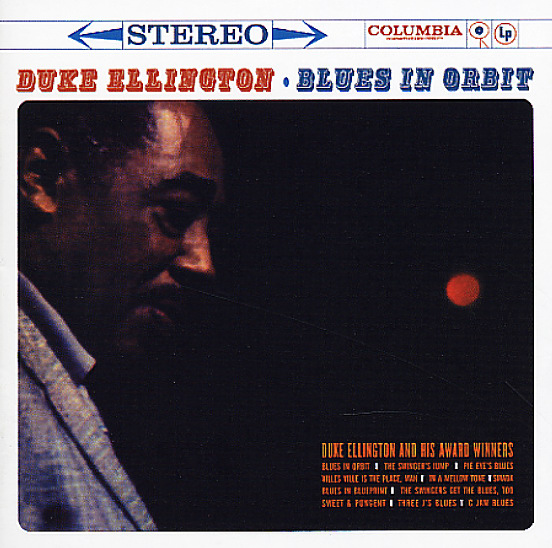 Blues In Orbit (plus bonus tracks)

Deep and bluesy work from the all-star Ellington group of the late 50s – a beautifully recorded album that moves way past the simple cliche of its title! The set features a host of original tunes from Duke Ellington and other members of the group – and players include Jimmy Hamilton on tenor, Ray Nance on trumpet, Matthew Gee on trombone, and the wonderful Johnny Hodges on alto – playing here at the peak of his later powers. Titles include "Three J's Blues", "Smada", "C Jam Blues", "Sweet & Pungent", "Blues In Blueprint", "The Swinger's Jump", and "Blues In Orbit". CD features 8 bonus tracks too – including "Track 360", "Brown Penny", "Sweet & Pungent (alternate)", and "Pie Eye's Blues (alternate)".  © 1996-2022, Dusty Groove, Inc.
(Out of print.)

In A Silent Way
Columbia, 1969. Used
CD...$1.99
There's nothing "silent" here – as the album's a bold entry in the electric years of Miles Davis – one that still features contributions from Herbie Hancock, Wayne Shorter, and Tony Williams – but which also expands the lineup considerably – really reaching out ... CD