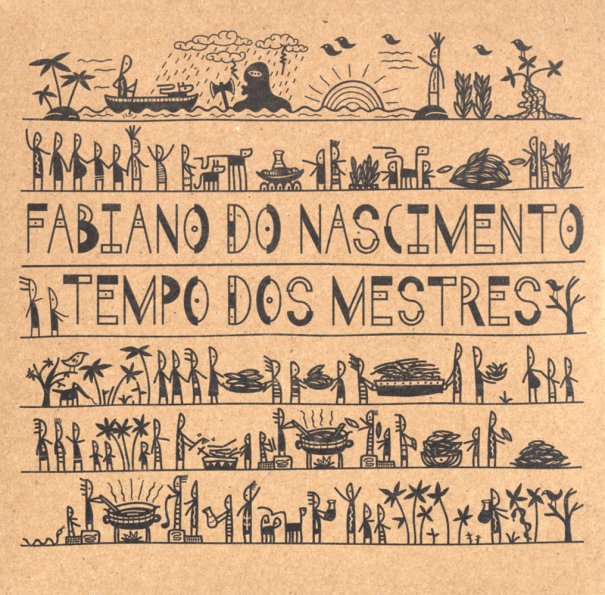 A really beautiful second album from Fabiano Do Nascimento – and a set that really blows away his debut! This record's got an "instant classic" vibe right from the start – the kind of set that you could easily listen next to 70s gems by artists like Lo Borges, Milton Nascimento, or Edu Lobo – with a sound that hangs between the complexity and soul of all three of those artists – but a presentation that's also very personal and unique! Fabiano plays acoustic guitar throughout, with a cascading vibe that's incredibly compelling – and often offset by light flute and percussion, which skitter alongside his beautiful vocals – in ways that are always upbeat, but never too polished – really preserving this organic core in his music! The sound is sublime – sophisticated, but very organic – and if you know us at all, we're not ones to throw around the term "classic" lightly when it comes to Brazilian music. Titles include "Planalto", "Baiao", "Brasilerinho", "Ja Que Tu", "Oye Nana", "O Tempo", "Canto De Xango", and "Louva A Deus Mantis".  © 1996-2021, Dusty Groove, Inc.