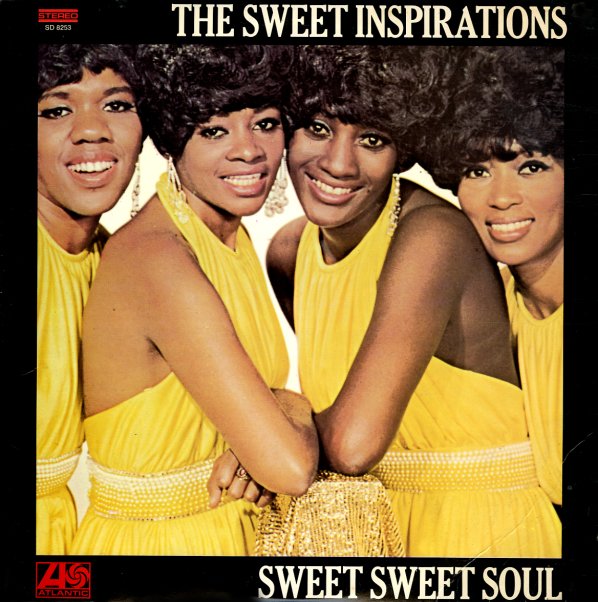 The Sweet Sweet Sweet Inspirations get the Gamble Huff treatment – and as it worked with Archie Bell, so it works with these guys – really well! The Philly sound gives the girls the right push that they need to keep from being just another snoozy Atlantic stable band, and it pushes them way past the cliched role they'd had as Aretha's backing group. Bobby Martin handled all the arrangements, Ugene Dozier produced – and cuts are written by the pair of them (among others) and the Gamble & Huff team. Vince Montana sneaks in some tasty vibes, and there's strong bubbling electric piano and organ from Thom Bell and Lenny Pakula. Titles include "Two Can Play The Game", "Shut Up", "That's The Way My Baby Is", "Gotta Find a Brand New Lover", "Ain't Nothin' in the World", and "Them Boys".  © 1996-2022, Dusty Groove, Inc.
(Red & green label Broadway pressing – in great shape! Cover has a small cut corner, but is otherwise great.)