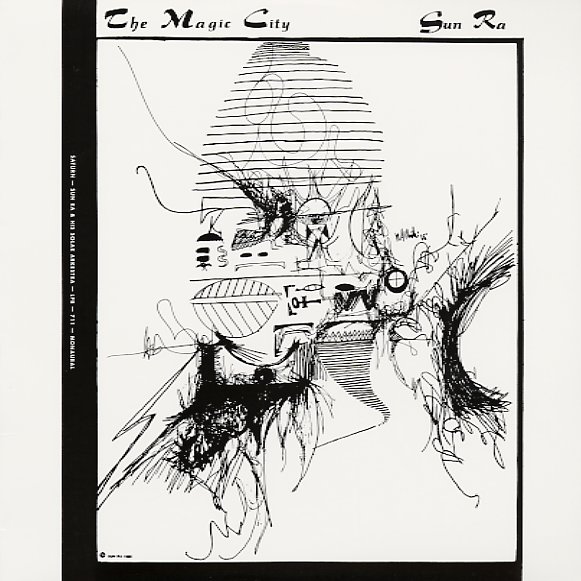 One of the most important Sun Ra albums from the early years of Saturn Records – a set that got a bit more circulation than some of his other records, and which shows the group really expanding their sonic range in a wonderful way! The title track takes up all of side one – and is this mystic workout that features Sun Ra on clavioline and piano – an acoustic/electric combination that creates really mindblowing results – and which is echoed by some very inventive reed work from Marshal Allen and Danny Davis on alto and flute, Pat Patrick on baritone, and John Gilmore on tenor. The tune has a brooding intensity that's amazing – very spacey at times, and free, but not in an aggressive way. Other tunes follow in their own rich pattern – and also feature Ra on Sun Harp, celeste, dragon drum, and marimba – on titles that include "The Shadow World", "Abstract Eye", and "Abstract I". This great reissue features the rare stereo mix of "The Magic City" – plus "Other Worlds (alternate)" and "The Magic City (mono version ending)".  © 1996-2022, Dusty Groove, Inc.