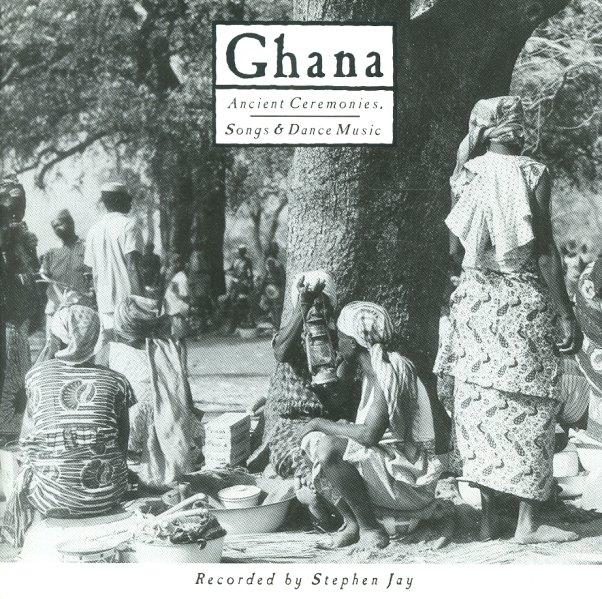 Music for traditional dances and ceremonies from Ghana, performed on a variety of instruments, including talking drums, xylophone-like keyed balaphones, stringed lutes and fiddles, flutes and horns. Many of the pieces also include vocal accompaniment, and as you might imagine are played at a nice, festive tempo, with interlocking rhythms, though there are also a couple of call-and-response chants and one quiet solo vocal piece. Eleven pieces in all, including "Dogumbo Song", "Dzil Duet", "Gonje Songs", "Donno Drumers", "Kassena-nankani Festival", "Ahanta Chant", "Wiiks And Mpintintoa", "Marilli" and "Chohun And Gyamadudu".  © 1996-2021, Dusty Groove, Inc.
(Out of print.)