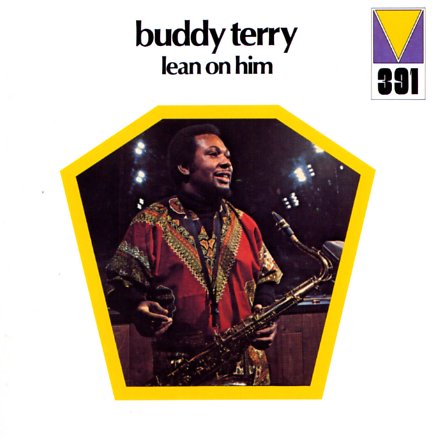 One of the fullest albums we've ever heard from saxophonist Buddy Terry – a set that has him blowing along with a set of soulful larger backings – sometimes with a bit of gospel overtones as well! The lineup on the album's pretty darn hip – players who include Larry Willis on electric piano, Jay Berliner on guitar, Ernie Hayes on organ, Wilbur Bascomb on Fender bass, Bernard Purdie on drums, and Lawrence Killian on percussion – plus added vocals from a group that includes Dee Dee Bridgewater, Alphonse Mouzon, and Peaches Wilson! Buddy arranges and conducts – and while his tenor and soprano get some space in the arrangements, the overall sound is more focused on the full spirit of the group. Titles include "Lean On Me (Lean On Him)", "Love Offering", "Inner Peace", "Amazing Grace", "Precious Lord, Take My Hand", "Holy Holy Holy", and "Climbing Higher Mountains".  © 1996-2021, Dusty Groove, Inc.
(Out of print P-Vine pressing – includes obi!)

Bananas Are Not Created Equal
Mainstream/P-Vine (Japan), 1972. Used
CD...$18.99
A silly title, but a funky little record – one of the only ones we've ever seen from guitarist Jay Berliner, and one of the best cookers from the early 70s Mainstream Records years! The sound here is almost soundtrack funk at points – lots of up-front lines from Berliner on guitar ... CD

Fly Dude (Japanese pressing)
Groove Merchant/P-Vine (Japan), 1972. Used
CD...$29.99
Some great down-home work from Jimmy McGriff – a session that's a bit less funk-based than some of his others for the Groove Merchant label, but still plenty darn great! The set's kind of a nice link between the straighter soul jazz of McGriff's 60s years, and his return to the format at the ... CD

Complete Studio Recordings (Clark Terry/Bob Brookmeyer Quintet/Power Of Positive Thinking/Gingerbread Men)
Mainstream/Lonehill (Spain), Mid 60s. Used 2CD
CD...$16.99
Genius work from one of the most solid groups in 60s jazz – the quintet co-led by trumpeter Clark Terry and trombonist Bob Brookmeyer – a legendary ensemble that drew on the best talents of both players, but grew into something greater! Brookmeyer's playing valve trombone throughout on ... CD

Skipper At Home (Japanese paper sleeve edition)
Black Jazz/P-Vine (Japan), 1974. Used
CD...$29.99 (CD...$12.99, LP...$22.99)
Brilliant basswork from Henry Franklin – one of the hippest cats handling his instrument on the west coast in the 70s – working here with a wicked ensemble of soulful, righteous players! Franlin's bass sets the tone of the record right from the very first note – but the album's a ... CD