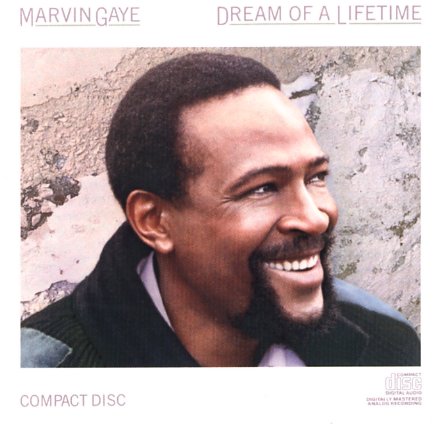 A great posthumous release from the mighty Marvin Gaye – a set that's half comprised of material that Marvin was working on before his early death, and half pulled from rare personal recordings he'd entrusted to his mother! The cover carries a message that some of the material might be "offensive to some listeners" – and the music is kind of an 80s extension of the sensual themes that Gaye first opened up in the 70s – taken to some slightly more sexual territory here. But other tracks are even more sophisticated than you might expect – very ambitious material that almost hint at a return to the greatness of early 70s Motown and its more complicated presentation of themes – and which offsets the love songs nicely. Together, the work makes for a surprisingly nice addition to Gaye's catalog – possibly not as essential as some of his classics, but still way better than the work of most – and proof that Marvin hardly ever missed at all! Titles include "Sanctified Lady", "Savage In The Sack", "It's Madness", "Ain't It Funny (How Things Turn Around)", "Symphony", "Life's Opera", and "Dream Of A Lifetime"  © 1996-2022, Dusty Groove, Inc.
(Includes the printed inner sleeve. Cover has a cutout hole and a barcode sticker.)

You're The Man
Motown, 1972. Near Mint- 2LP Gatefold
LP...$24.99 (LP...$22.99)
A mindblowing collection of work from Marvin Gaye – tracks recorded in the space right after What's Going On – many of which were never issued at the time! All this incredible material from 1972 has been brought together to create a stunning double-length album – one that ... LP, Vinyl record album

What's Going On (80s pressing)
Tamla/Motown, 1971. Near Mint-
LP...$79.99 (CD...$13.99)
One of the few cases in the history of pop music where the record is worth all the hype! Marvin blew everyone's mind when he unleashed this amazing suite of political soul tunes – not only just because he'd moved past the simple love songs of earlier years, but also because he was working ... LP, Vinyl record album