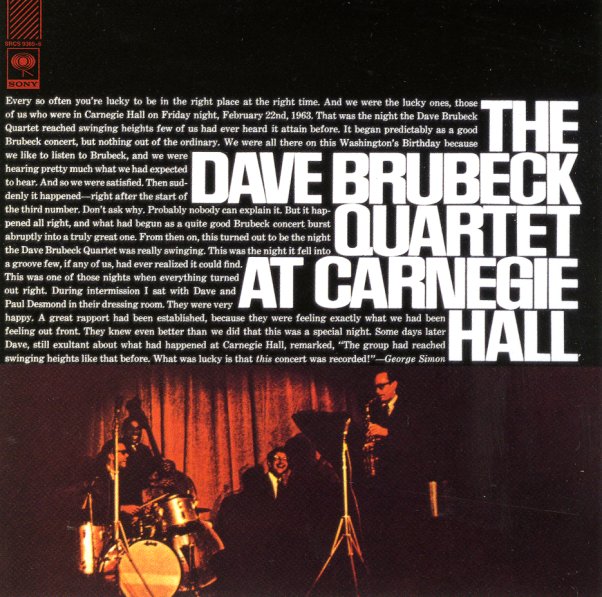 The Dave Brubeck quartet performing at their peak in front of a packed audience at Carnegie Hall. Tracks include "Eleven Four", "St. Louis Blues", "For All We Know", "Castillian Drums", and "Blue Rondo a la Turk" – 12 tracks total.  © 1996-2022, Dusty Groove, Inc.