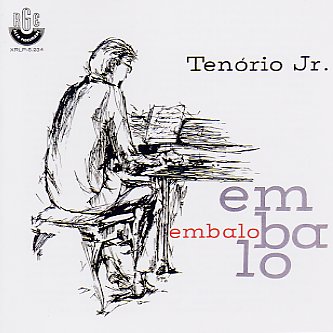 A set that's maybe one of the greatest bossa jazz albums of all time – and a fantastic homegrown Brazilian effort that's quite different from the more commercial American bossa albums of the 60s! Tenorio Jr isn't just a hell of a pianist, he's a great writer and arranger too – one who's got an amazing ear for color and tone, balanced out with some completely sublime grooves – not smooth coffee shop bossa nova, but instead the harder sort of rhythms that were cooked up by the best combos in Brazil! The tunes are as warm and soulful as they are tight and angular – a perfect summation of the bossa jazz idiom at its truest expression – and the writing is fantastic throughout, with original songs that really provide a fresh change from some of the too-played hits of the generation. Instrumentation includes trombone from Raul De Souza, drums from Milton Banana, tenor from Meirelles, and alto sax from Paulo Moura – on titles that include the classic groover "Nebulosa", plus the tracks "Clouds", "Nectar", "Embalo", and "Estou Nessa Agora". A delight through and through – and one we never tire of!  © 1996-2021, Dusty Groove, Inc.