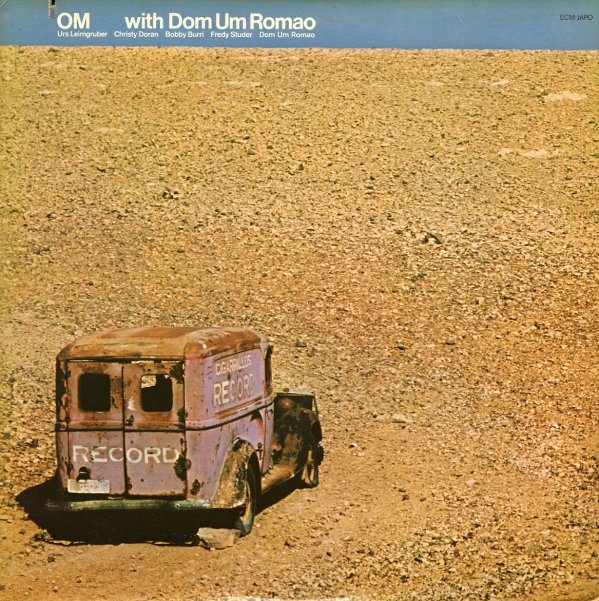 To us, this recording represents what was great about ECM in the mid 70s, searching improvised grooves that cross the lines between free playing, textural tone bending, ethnic influences and modern fusion, but without getting too new-agey. Om were a quartet of European improvisers, many of whom would go on to delve more fully into the free scene there: Urs Leimgruber, Christy Doran, Bobby Burri and Fredy Studer, and Dom Um Romao adds some great percussive touches to this recording as a guest. The set starts out with Um Romao laying out some expressive percussion before settling into the nice modal groove of "Chipero", which is followed by the more energetic "Dumini", a spacious classic ECM number "Back To Front" and the lengthy fusion excursion "De Funk".  © 1996-2022, Dusty Groove, Inc.
(US pressing, still sealed, with a cutout notch and Factory Sealed sticker. Shrinkwrap is torn a bit around the cutout notch.)