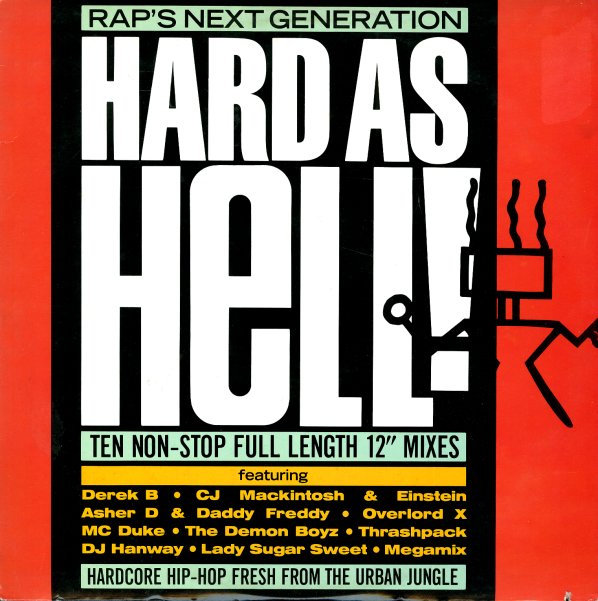 While this set was produced by Simon Harris, and there's not a ton of stuff to get excited about here, there is the nice ragga crossover track by Asher D & Daddy Freddy "Ragamuffin Hip Hop", and the break cut-up "These Are The Brakes" by DJ Hanway plus CJ Mackintosh "The Tables Are Turnin", MC Duke "Jus Dis", Thrashpack "Colling In Paradise", Lady Sugar Sweet "Sugar Sweet", Overlord X "Let There Be Rock", Derek B "Get Down", Demon Boyz "This Is A Jam" and Nomis Sirrah "Megamix".  © 1996-2021, Dusty Groove, Inc.
(White label promo. Cover has some wear, with peeling along the spine.)