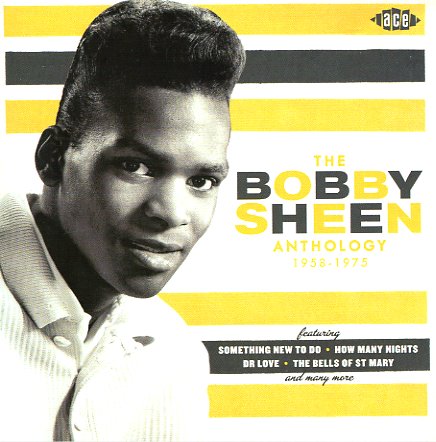 The first anthology we've ever seen for LA singer Bobby Sheen and a far reaching one at that – starting with a gem or 2 from as early as the late 50s and onward to the early-to-mid 70s! Sheen recorded plenty of material under his own name, but he made the biggest impact on a few singles recorded for Phil Spector under the name Bob B Soxx & The Blue Jeans – as well as in the group The Robins and even The Coasters. The stylistic range is nearly as wide as the years covered in the set – sweet soul both solo and group based, soaring Wall Of Sound pop soul and numbers that feel more southern soul inspired than their west coast origin. More than half the tracks are credited to Bobby Sheen, with others by The Robins, Bob B Soxx & The Blue Jeans and The Ding Dongs – cut for a variety of labels back in the day. Includes "Dr Love", "I May Not Be What You Want", "Sweet, Sweet Love", Something New To Do", "Love Stealing", "Don't Pass Me By", "Baby I'll Come Right Away", "Payback" and more by Bobby proper, plus "Just Like That", "How Many More Times", "Love Wire Suzy" and more cut with The Robins, "The Bells Of St Mary" and more credited to Bob B Soxx & The Blue Jeans, "Ding Dong (Saw Wood Mountain)" credited to The Ding Dongs and more.  © 1996-2022, Dusty Groove, Inc.