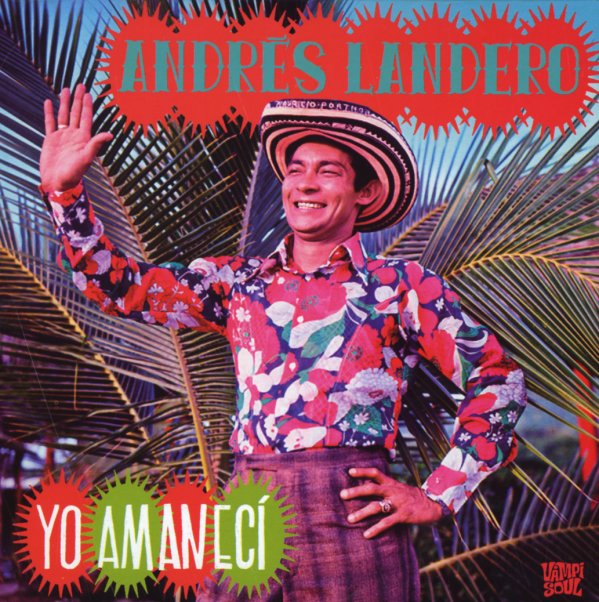 Andres Landero has a pretty wild look on the cover here – and the sound of his music is equally wild, too – a very raw, rootsy approach to cumbia – very much in the most hard-edged style of the genre, with a quality that often feels more ancient than the 70s recording dates of most of these numbers! This is cumbia at its purest form – all rhythm, even on the melodic instruments – which often include accordion, used in these pulsating waves that groove right along with the massive basslines and percussion. Andres sings on most tracks, in a mode that's as rhythmic as the music – and the set features 20 titles that include "La Cigarrona", "Mara Del Carmen", "Yo Amaneci", "Las Mellas", "La Sanjacintera", "La Pava Congona", "La Mochila Tercia", and "Cumbia En La India".  © 1996-2021, Dusty Groove, Inc.