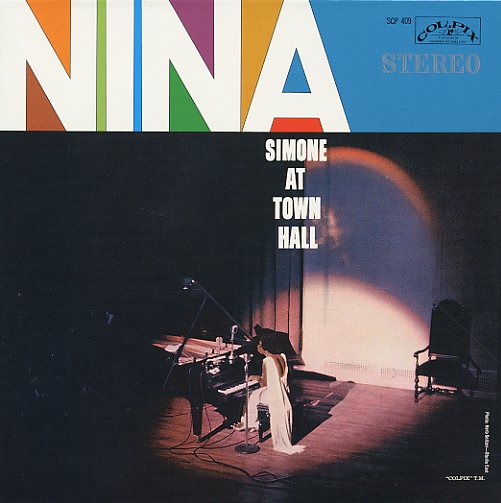 An important early live show for Nina Simone – a move from the world of small nightclubs (as mentioned in the title of her first record), to the classy Town Hall venue – working in front of an audience filled with left-leaning listeners who were the perfect crowd to get the unique bag she was working on at the time! The performance is a great one – mellow, moody, and a bit folksy – with Nina singing and playing piano with power that really rings out in the larger space – really egged on by the enthusiastic response of the audience. Titles include her classic reading of "Black Is The Color Of My True Love's Hair", plus "The Other Woman", "Under The Lowest", "Summertime", "You Can Have Him", "Wild Is The Wind", "Return Home", and "Cotton Eyed Joe".  © 1996-2021, Dusty Groove, Inc.
(Limited edition of 1000 – on pink vinyl!)