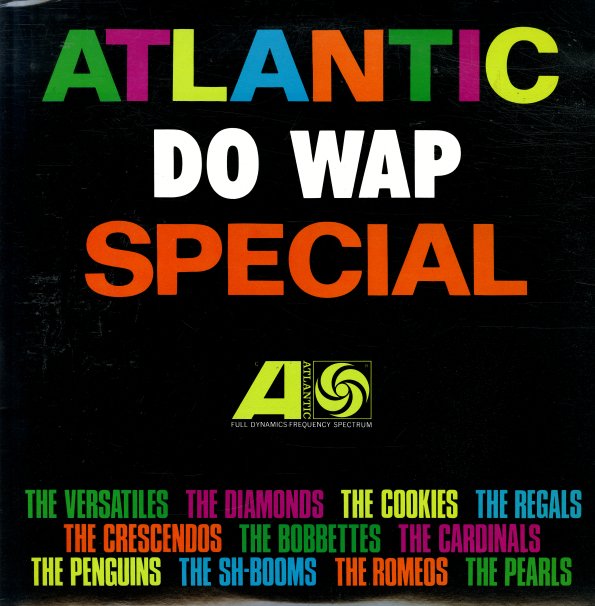 That's "Doo Wop", not "Do Wap" – a fine little collection of doo wops, despite the misspelling of the title, all rare Atlantic sides from the fifties, by groups whose individual singles trade for crazy money, collected for release as this album in Japan in the 80s. Includes two tracks by the Diamonds (the black group, not the white one – and one of our favorites) "A Beggar For Your Kisses" and "Two Loves I Have" with a total of 14 number s in all. Also includes "Moments To Remember You By" by the Romeos, "I'm So Lonely" and "Got The Water Boiling" by The Regals, "Shadows OF Love" by The Pearls, 'Wheel Of Fortune" by The Cardinals, "Crying" by The Versatiles, "Precious Love" and "Passing Time" by the Cookies, "Look At The Stars" by The Bobbettes, "Pledge Of Love" by The Penguins, "Blue Moon" by The Sh-Booms, and "Finders Keepers" by The Crescendos.  © 1996-2021, Dusty Groove, Inc.
(Missing obi! Cover has some wear with pen notations on the back.)