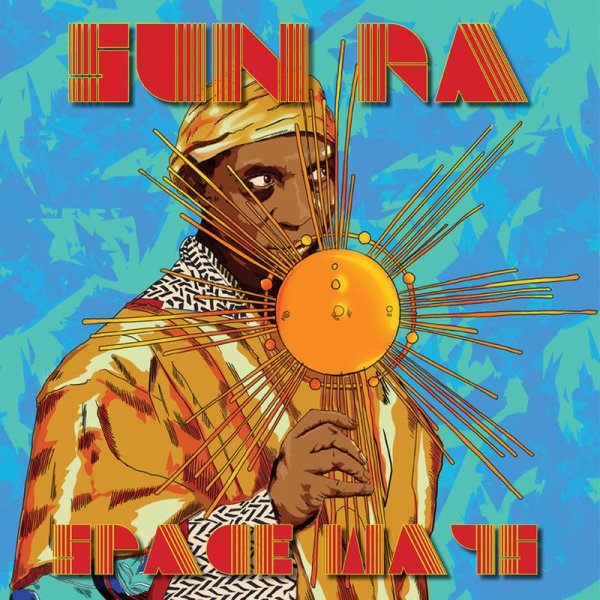 First ever vinyl release of live material recorded in NYC in 1966 and 1968 by Sun Ra – really showing this influential era of Ra in a strong light – with a few pieces in 12-or-so piece Arkestra mode, and some great stripped down passages, too! The first side features two nine minute recordings, both beginning with melodic piano by Ra before opening up in wonderful ways. "Prelude And Shadow-Light World" is in classic cosmic jazz Arkestra mode, while "The Wind Speaks" builds with some incredible flute and strings. The other side kicks off with "We Sing This Song", led at first by some fairly straight forward group vocals, before Ra's fierce piano and some drums come in. "Outer Space Incorporated" is a grander cosmic jazz gem, building to a percussion heavy close. The short (but soaring) choral vocal, drums, bass, and piano gem "We Travel The Spaceways" is a perfect closer.  © 1996-2021, Dusty Groove, Inc.