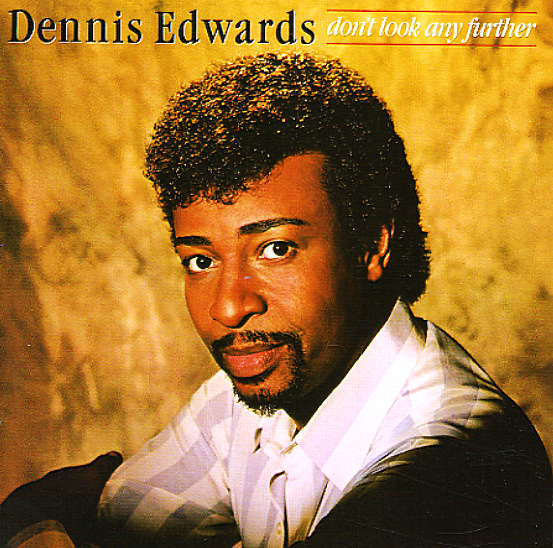 The Temptations' former lead singer's first solo record with a huge 80s groove album, especially considering the mighty title track – the duet with Siedah Garrett and it's sly reggae influenced bassline and crisp popping beat. This is one of those records we appreciate a lot more with the passing of time and with a late appreciation for that bubbling 80s vibe. Era production notes aside, the songs here are quite solid and Dennis's voice brings the true soul! Also includes "(You're My) Aphrodesiac", "Another Place In Tie", "I Thought I Could Handle It", and "Just Like You".  © 1996-2022, Dusty Groove, Inc.
(Promo. Cover has a small cutout notch and a name in pen. Labels have some pen.)

Wings Of Love
Gordy, 1976. Near Mint-
LP...$2.99 4.99
After influencing countless groups of the 70s with their righteous funky soul of the late 60s, the Temps end up sounding kind of silly trying to hit a funk groove like the rest of the other 70s bands. This is the case on side one, where the group's getting some keyboards and funky horn ... LP, Vinyl record album

Diamond Life
Portrait, 1985. Very Good+ Gatefold
LP...$24.99 (CD...$2.99)
A damn great soul album! Sure, the record was a crossover classic that got played to death back in the 80s – but give it a listen now, and you'll be stunned to hear how fresh it sounds, and how much it reminds you of all the British soul acts that sprung up in the years after it was released. ... LP, Vinyl record album