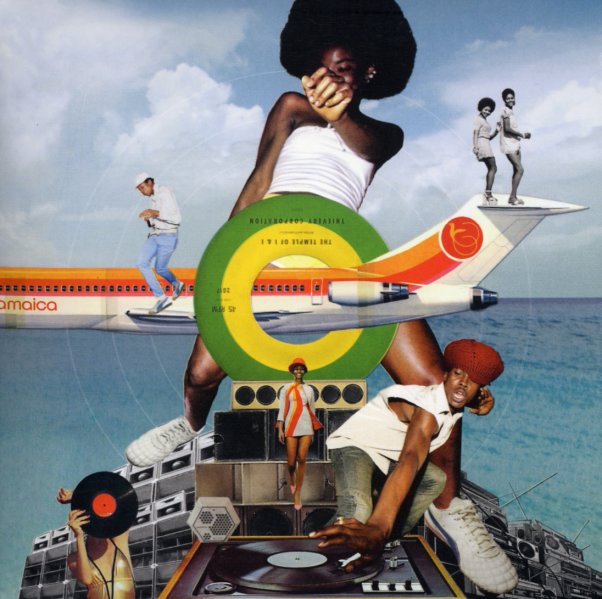 Maybe one of the most sharp-edged albums in years from Thievery Corporation – if not ever – thanks to the presence of a fair bit of hip hop guest stars, in a large roster of talent that includes Mr Lif, Raquel Jones, Zee, Notch, Lou Lou Ghelichkhani, Shana Halligan, Elin Melgarejo, and Puma! The duo definitely have that classic approach to a groove that you'd know from their earlier work, but they've also moved way past the bossa, easy, and soundtrack references of before – to modes that embrace more 70s funk and soul, as well as vintage hip hop production – plus some Jamaican currents that you might guess from the album's title. Tracks include "Ghetto Matrix", "Strike The Root", "Love Has No Heart", "Lose To Find", "Weapons Of Distraction", "Fight To Survive", "Babylon Falling", and "Drop Your Guns".  © 1996-2021, Dusty Groove, Inc.