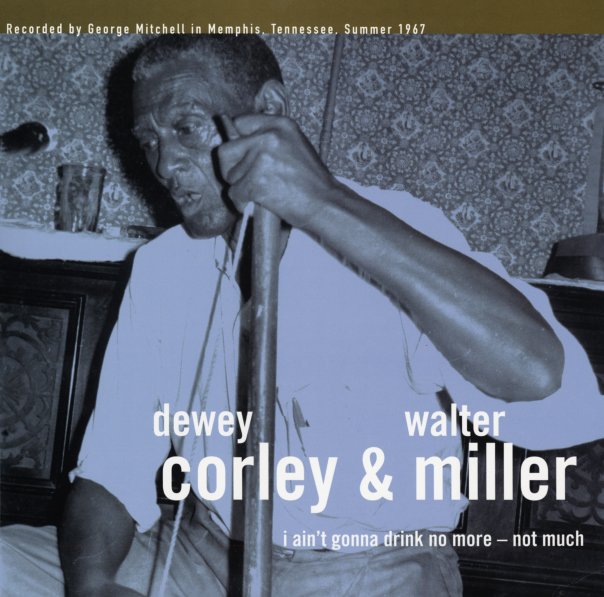 I Ain't Gonna Drink No More – Not Much (with bonus download)

Maybe one of the most unique artists to be recorded in George Mitchell's field sessions of southern blues – as Dewey Corley plays a one-string bass, sings, and sometimes throws in a kazoo solo too! Here, he's accompanied by Walter Miller on guitar – whose work helps ground Dewey's performance in slightly more familiar styles – but even with that added element, it's clear that Corley's the start of the show – and his boldly-blown kazoo passages could well rival some of the bigger blues harp players of the time! Titles include "Fishing In The Dark", "Back To The Country", "Beale Street", "Memphis Is A Wonderful City", "Down To Arkansas", "Highway 61", and "Tri State Blues".  © 1996-2021, Dusty Groove, Inc.
(Includes download!)