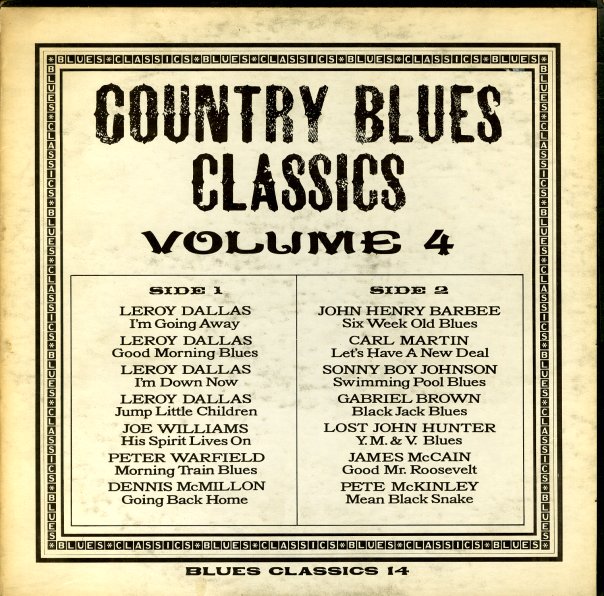 Masters Of Modern Blues Vol 4
Testament, 1964/1967. Very Good+
LP...$18.99
One side features work by Robert Nighthawk on guitar and vocals, with help from John Wrencher on harmonica and Johnny Young on guitar – the other features work by Houston Stackhouse on vocal and guitar, with additional guitar from Nighthawk. Also features a few tracks with Nighthawk and ... LP, Vinyl record album