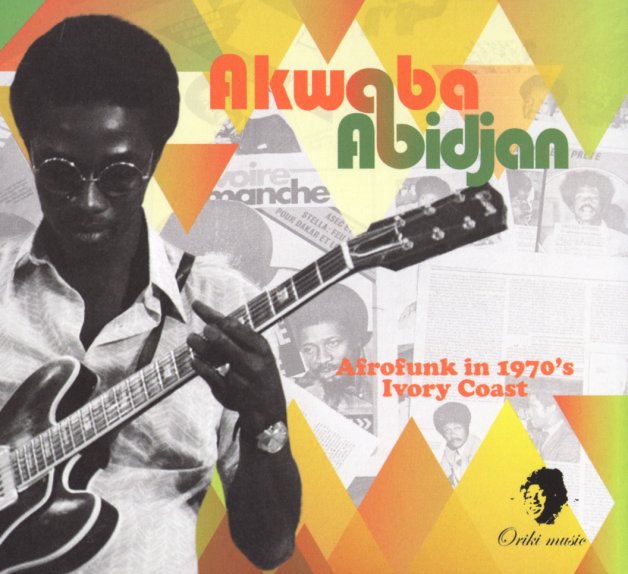 A fantastic collection of funk from the 70s scene in Ivory Coast – music that's every bit as heavy on jazz-based solos as it is on the grooves – with some especially strong sax lines that really give the tunes a lot of soul! The music here is nice and raw, and often very stripped-down in terms of presentation and production – never too polished or commercial, nor purposely tripped-out – and instead the vein of Afro Funk that's fantastically put-together right from the start, and which has plenty of appeal to fans of American funk from the same time! Lots of these artists clearly borrow the same James Brown influence that Nigerian funk work had in the early 70s – but they also work with very interesting and unique sounds throughout – especially on the reeds and keyboards, which cascade with lots of fresh phrasings and frenetic energy. There are vocals on some cuts, but the instrumentation is always what keeps things strong – and titles include "Tumba Safari" by Afro Train, "Chicken" by De Frank Jr, "Tink Tank" by Afro Soul System, "Issa" by Les Nidrou, "Secret Populaire" by Sewa Jacintho, "Ayee Menko" by De Frank Jr, "Femme D'Ajourd'hui (part 2)" by Moussa Doumbia, "Assalam Aleikoum" by Francis Kingsley, "Dankasa" by De Frank Jr, and "Mariage" by Moussa Doumbia.  © 1996-2021, Dusty Groove, Inc.