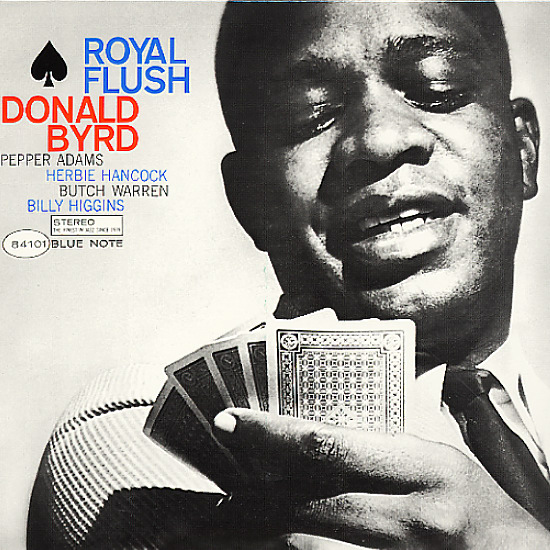 One of the seminal sides cut by Donald Byrd in his partnership with Pepper Adams – a high-up, low-down set that's a smoker all the way through! Byrd's brightness on trumpet is nicely matched by Adams' fluid work on baritone sax – and the pair are wonderfully supported by a rhythm trio that includes Herbie Hancock on piano, Butch Warren on bass, and Billy Higgins on drums – all players who can hit a sock-hard groove one minute, then let loose with a lyrical flourish the next. The approach of the record is tightly soulful, with loads of great changes – and some surprising dark edges that really add in a whole new dimension to the Donald Byrd sound of the time. Titles include "Shangri-La", "Jorgies", "Hush", "6 M's", and the moody "Requiem"!  © 1996-2020, Dusty Groove, Inc.
(Limited edition!)