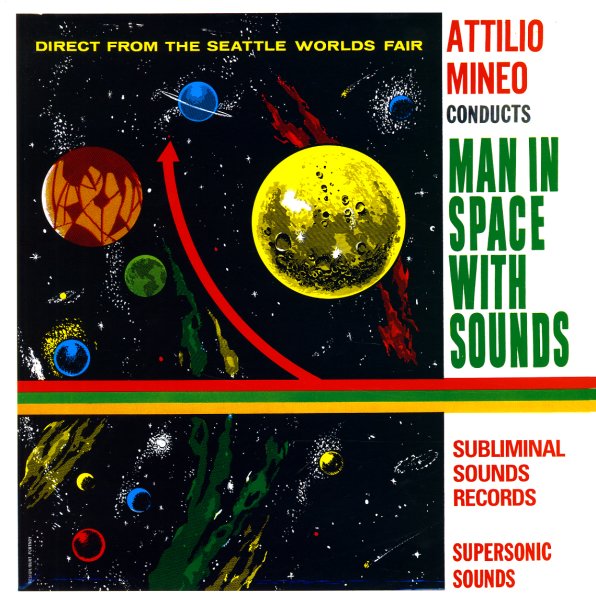 Wonderful sounds from space – put together in a rare album that was initially issued in a small batch, to coincide with the Seattle Worlds Fair in 1962! For the set, Art Mineo comes up with an amazing batch of spacey sounds that were played at the fair in conjunction with a machine called the "Bubbleator" – a weird transparent elevator – and although Mineo had recorded the music a decade before, it fits surprisingly well for the setting – thanks to quality that's definitely futuristic! There's no electronic instrumentation on the LP, but the sound is off-kilter and mighty weird – with an atonal quality that sounds like it's being made by early computer music instruments, but which is really just a string section and percussion – played in a strange, otherwordly way. The music is spooky, spare, and with an arch-evil sound that's made the record a space age classic since the day it was released – on titles that include "Welcome To Tomorrow", "Gayway To Heaven", "Soaring Silence", "Man Seeks The Future", "Science Of Tomorrow", and "The Queen City".  © 1996-2021, Dusty Groove, Inc.
(On colored vinyl!)