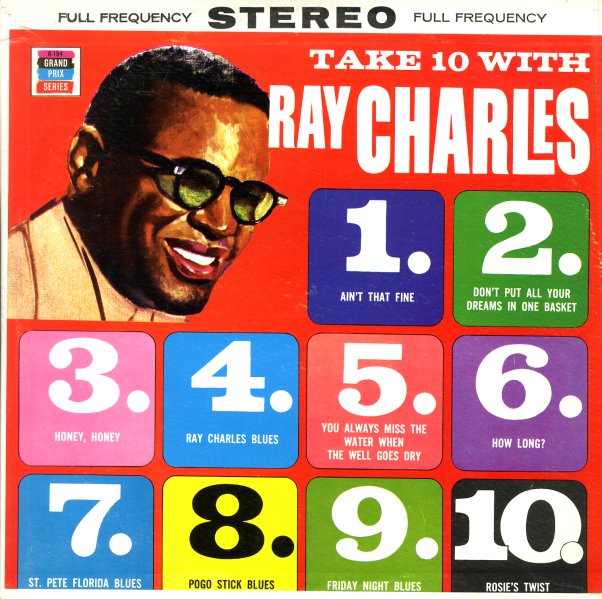 (Stereo pressing. Cover has a split bottom seam, light surface wear, and a name in pen.)

Ray Charles Live (Ray Charles At Newport/Ray Charles In Person)
Atlantic, 1958/1959. Very Good+ 2LP Gatefold
LP...$9.99
A pair of late Atlantic live recordings by Ray – put together in a single 2LP 70s package! First up is Ray Charles At Newport – a great live album, with a definite jazzy feel – thanks to work from David Newman on tenor sax and Marcus Belgrave on trumpet! Titles include "The ... LP, Vinyl record album