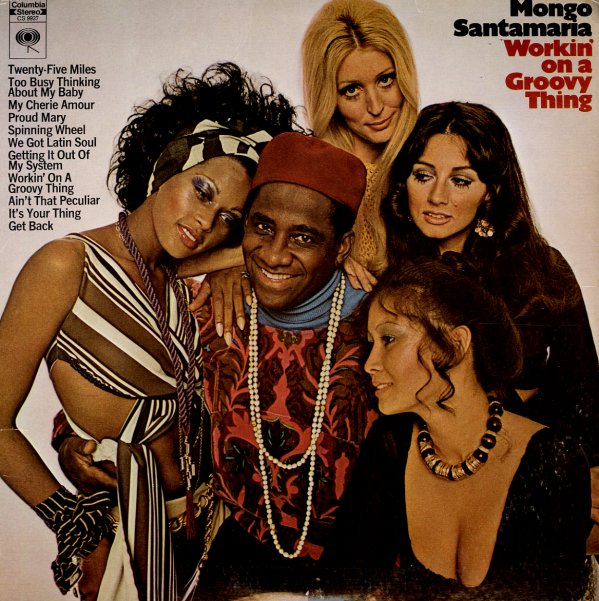 Workin' On A Groovy Thing

Another one of Mongo Santamaria's strong Latin Soul LP's for Columbia, with a tight band that includes Sonny Fortune, Louis Gasca, and Joe Farrell. The record features smokin' versions of late-60's soul hits, plus a good original "We Got Latin Soul". Other tracks include "Get Back", "It's Your Thing", and "Getting it Out Of My System". Fortune and Gasca lay down some very nice solos, and Marty Sheller did all the arrangements, with his classic Latin Soul sound!  © 1996-2021, Dusty Groove, Inc.
(Stereo 360 Sound pressing. Cover has some wear, a center split bottom seam, and a sticker on the center of the spine.)