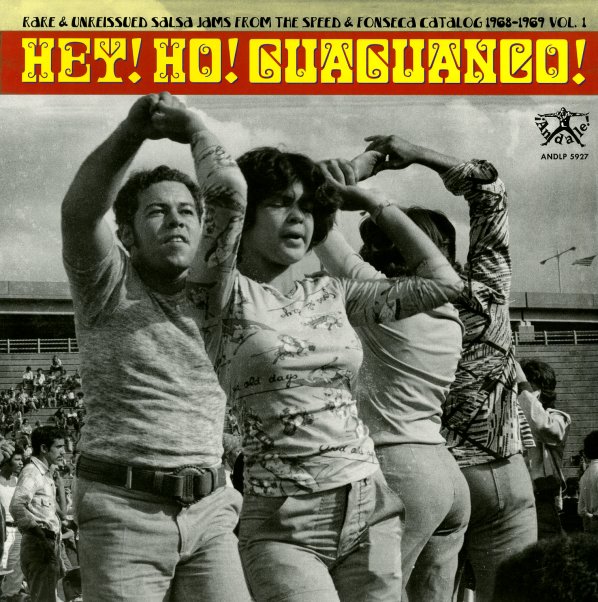 Fantastic tracks from two ultra-rare labels from the New York scene – the Latin Soul empire Speed Records, and the super-tight Fonseca label – which provided a real mainline to Puerto Rican grooves at the time! Both labels cut some of the hardest-hitting Latin tracks of the time – music that was often rawer and more unbridled than material for other indies, like Tico or Fania – and the tracks here are from some of the obscure albums issued by both imprints, and some even-rare 7" singles – all with an upbeat groove, and a sound that's much more the Latin groove of the streets uptown, instead of the bigger ballrooms down in midtown. Titles include "Descarga Los Bravos" by Kent Gomez, "Asi Asi Descarga" by Mike Hernandez & Su Sonora Casino, "El Bembe" by Terrible Frankie Nieves, "Milton's Jala Jala" by Milton Zapata, "Palos Bravos De St John" by Orquesta Oliveri, "Yemaja" by Kent Gomez, "Palacio Descarga" by Danny Palacios, and "Melao Melaito" by Orquesta Oliveri.  © 1996-2022, Dusty Groove, Inc.