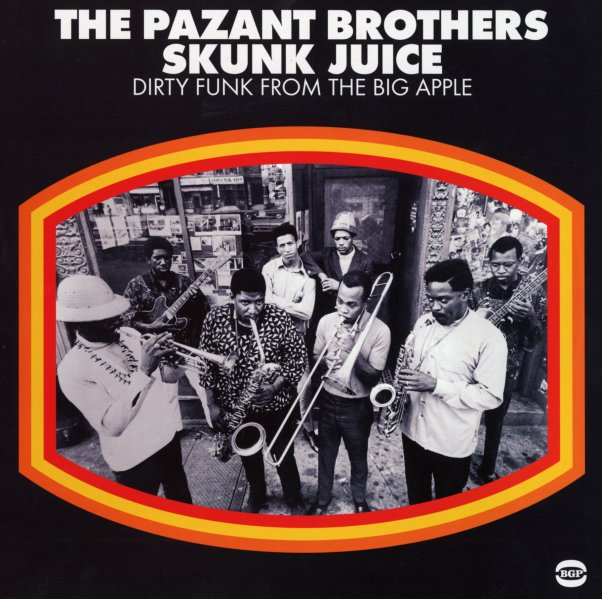 Mindblowing funk from one of the greatest combos on the New York scene of the early 70s – Pazant Brothers Eddie & Al, heard here on a host of their greatest recordings! The album is overstuffed with horn-heavy funky grooves that mark the Pazants as one of the hottest things going at the time – snapping on the beat with a tightness learned from their old boss Pucho, but also a willingness to explore brassier grooves in a style that seems to be influenced from the New Orleans and Texas scenes of the late 60s. Producer/arranger Edward Bland had a good hand in much of this work – giving the tracks a gritty, nitty, Perception/Today kind of groove – and a few of the very best numbers on the record even bring in some wicked scratchy guitar into the mix! The package features work from a host of early singles for the RCA and GWP, and a few tracks that only got exposure in the later CD years, but from the same period – and titles include "Fly Vines", "Chicken Scratch", "A Gritty Nitty", "New Orleans", "Fever", "Hi Heel Sneakers", "Why I Sing The Blues", "Work Song", "Toe Jam", "Juicy Lucy", "We Got More Soul", and the original RCA version of "Skunk Juice".  © 1996-2022, Dusty Groove, Inc.