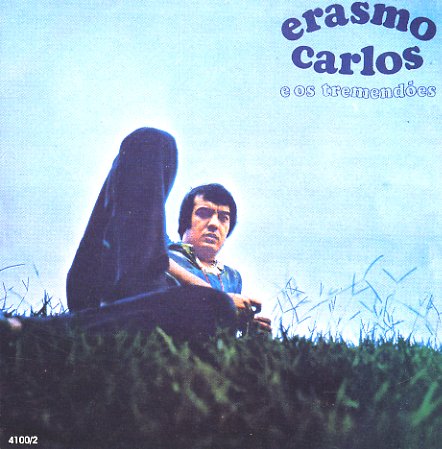 A seminal set from Erasmo Carlos – a record that has him stepping past the simpler rock modes of his youth, and really embracing some of the great changes going on in Brazilian music at the start of the 70s! These changes aren't just the expected psych modes, but also some of the more lofty, complicated arrangements used by artists like Marcos Valle or Edu Lobo – a mode that comes through beautifully here and sets up Erasmo's vocals with these incredible backings that really make him sound fantastic – a bit funky here, a bit groovy there – and sometimes with this more cerebral sound that none of his listeners would have expected a few records back. Titles include "Estou Dez Anos Atrasado", "Jeep", "Teletema", "Sentado A Beira Do Caminho", "Coqueiro Verde", "A Bronca Da Galinha", "Menina", and "Saudosismo". Great reissue, too – with detailed notes – and song translations in English!  © 1996-2022, Dusty Groove, Inc.