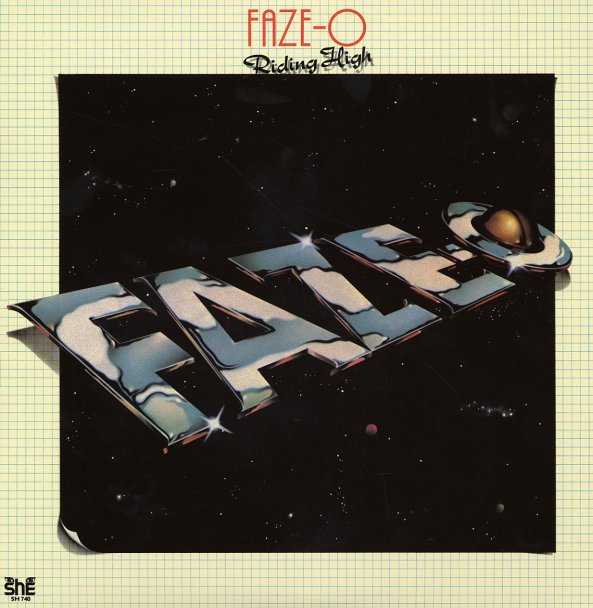 A spacey soul classic – with a sound that never gets old! Faze-O will be forever remembered for their massive cut "Riding High", the leadoff on this album – a stretched out slow funk jam that has amazing keyboards, floating guitars, and a super-dope groove that's stayed fresh from the moment it was first set to wax back in 1977! This album's the group's first, and best – and it's a really wonderful record that blends together funky fusion and heavy soul – filled with killer cuts arranged by the Ohio Players, and with lots of great keyboards by the group! Includes, of course, the massive cut "Riding High" – plus "Toe Jam" and "Funky Reputation"!  © 1996-2022, Dusty Groove, Inc.
(Cover has light wear, but looks great overall.)

Be What You Are
Stax, 1973. Very Good+
LP...$14.99
Warmly grooving 70s soul from The Staple Singers – recorded in a fuller Memphis mode that's miles from their gospel roots, but still plenty darn nice! The style here is very much in keeping with the hit Staples mode of the time – righteous, full, but still nice and earthy at the bottom ... LP, Vinyl record album

Genius + Soul = Jazz
Impulse, 1960. Very Good- Gatefold
LP...$24.99 (CD...$29.99)
A wonderful chapter in the career of Ray Charles – and a key album in helping raise his respect level a notch or two in the early 60s! We might argue with the mathematics in the title – or at least joke that Ray was using equations as titles years before Anthony Braxton – but you ... LP, Vinyl record album

On The Radio – Greatest Hits Vol 1 & 2
Casablanca, Late 70s. Near Mint- 2LP
LP...$24.99 (CD...$4.99)
Ahh, the dancefloor soul perfection of the beautiful Donna Summer – and classic late 70s production by Giorgio Morodor and Pete Bellotte – songs that are played often, even to this day, but will never be played out! Was this the one that coined the phrase "shipped gold, returned ... LP, Vinyl record album

Soul Bag
Columbia, Late 60s. Very Good+
LP...$24.99
A stone 60s smoker from Mongo Santmaria – and a great little set that really lives up to its title! The "soul" reference points to the record's host of 60s soul tunes, which are given a hip Latin spin by Mongo – working here with killer boogaloo arrangements from the great ... LP, Vinyl record album