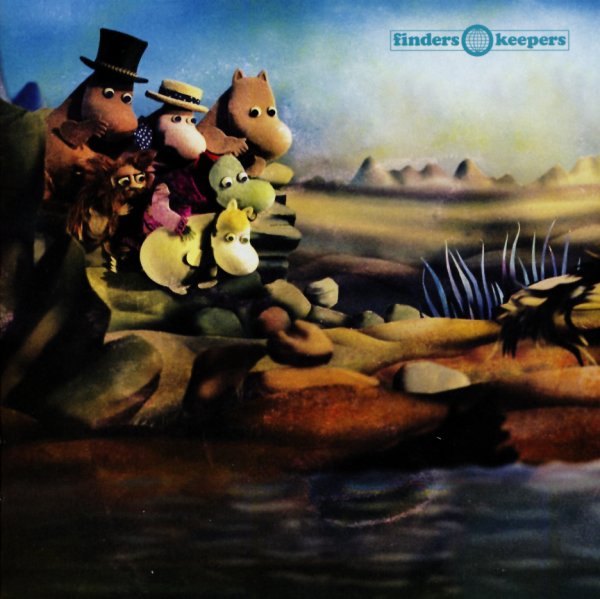 The Moomins comics have delighted the world for generations – but fewer folks have seen the early 80s Moomins TV show – which is a masterpiece of felt-based, stop-motion animation! And while the images on the screen are amazing, the music for the program is equally great – spare, slow electronic numbers that have a beautifully playful vibe, but something of a dark edge too – maybe much more in the mode of more whimsical underground electronic work from the early 70s than you'd guess from the date of the show! The program was animated in Poland, and some of these tunes have a style that's similar to the coolest Polish electronic sound library material we've stocked over the years – although the musicians themselves were actually part of the post punk scene in Leeds. Titles include "Creepers", "Piano Waltz", "Leaving Moomin Valley", "Hobgoblin's Hat", "Traveling Theme", "Midwinter Rites", "Woodland Band", and "Comet Shadow".  © 1996-2023, Dusty Groove, Inc.

Musique Taschiste
Cacophonic (UK), 1957. New Copy
CD...$6.99 16.99
Striking sounds from Michel Magne – an artist who's best known for his groovy soundtracks of the 60s – but who steps out here with a rare experimental set from the late 50s! The style is very much in keeping with the most compelling of the postwar generation in France – as Magne ... CD