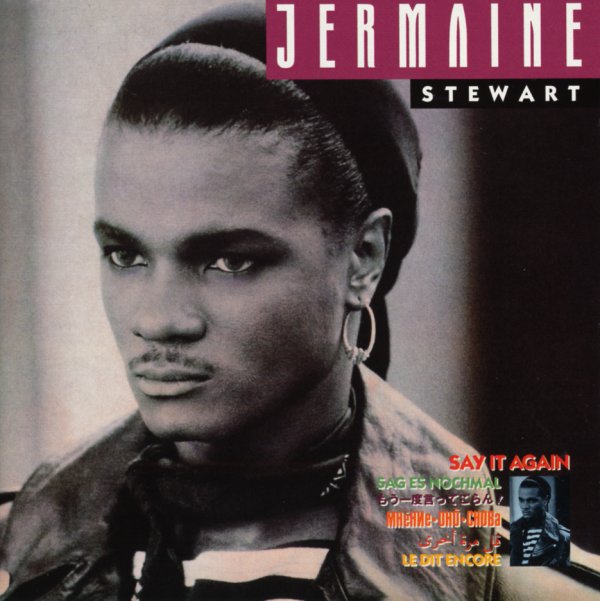 A breakout album from Jermaine Stewart – a set that has the singer working closely with Andre Cymone on most of the album's tracks, really bursting out with a catchy approach to 80s soul throughout the entire set! Jermaine's got a great way with a hook, and his delivery of the tunes alongside bassy bottoms and beats often has things transcending the simpler spirit of the lyrics – hitting the best crossover soul styles of the Prince generation, thanks to irresistible rhythms that push the vocals forward! Jody Watley also helps out on the set – co-writing a few of the tunes – and titles include "Don't Talk Dirty To Me", "Get Lucky", "She's A Teaser", "Say It Again", "Is It Really Love", "My Body", "Eyes", "Call It A Miracle", "My House", and "We Got To Be Love". This 2CD Cherry Pop version is loaded with a huge number of bonus tracks (20 of them!) – including the non-album tracks "You Promise" and "Imagine", "Places" and "Search", plus a bunch of single versions, extended remixes, and dub versions. 32 tracks in all!  © 1996-2022, Dusty Groove, Inc.

Don Blackman
Arista/Expansion (UK), 1982. New Copy
CD...$16.99 19.99
A jazz funk masterpiece, and THE record by the legendary Don Blackman – the only one issued under his own name for many many years, and a famous little set that's been sampled endlessly over the years, and for good reason! The vibe here is one that's barely been matched again – a blend ... CD