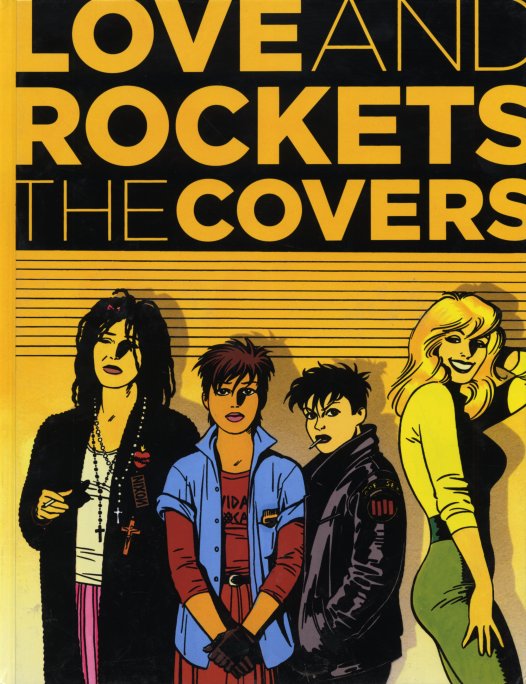 Iconic images from the Hernandez Brothers – the team of California cartoonists who forever changed the world with their Love & Rockets comic! This beautiful oversize book presents the first 50 covers of Love & Rockets – plus some graphic novel covers as well – all with the core image as it originally appeared, without any title, price, or other text on the front – on big pages that are full color, and could almost be pulled out and turned into posters, or mounted in frames! Most of the images are by Gilbert and Jaime, who took over the book pretty quickly – but there's also some early images from Mario – and the book even includes the first cover of the trio's self-published comic. 144 pages, hardcover, full color.  © 1996-2021, Dusty Groove, Inc.