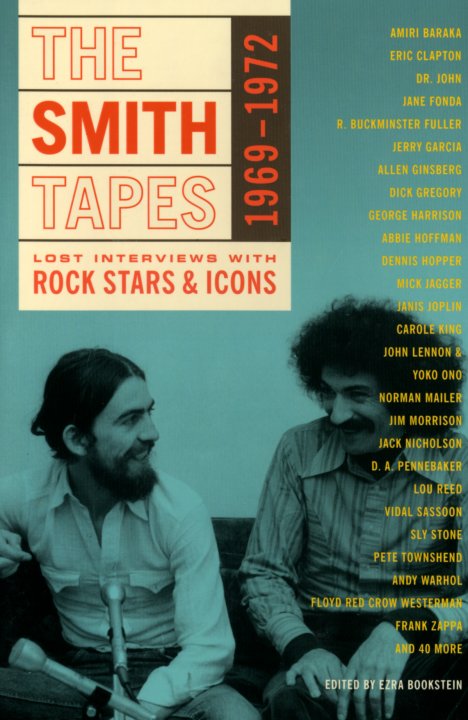 Not rare tapes by The Smiths – but a book of rare interviews conducted by journalist Howard Smith – an overlooked counterculture figure whose questions and commentary here go way past the usual fluff! The book features complete interviews conducted between 1966 and 1972 – key American cultural years, in which Smith interacts with a diverse array of figures – including Norma Mailer, Yoko Ono, Jerry Garcia, Allen Ginsberg, Dick Gregory, George Harrison, R Buckminster Fuller, Sly Stone, Lou Reed, Frank Zappa, Andy Warhol, Pete Townshed, Jane Fonda, and dozens of others! There's a definite hippie bent to some of the subject matter – but a surprising amount of depth – the kind of insight and writing that Rolling Stone was known for at the start. 415 pages of very dense text, with some black and white images – softcover.  © 1996-2021, Dusty Groove, Inc.