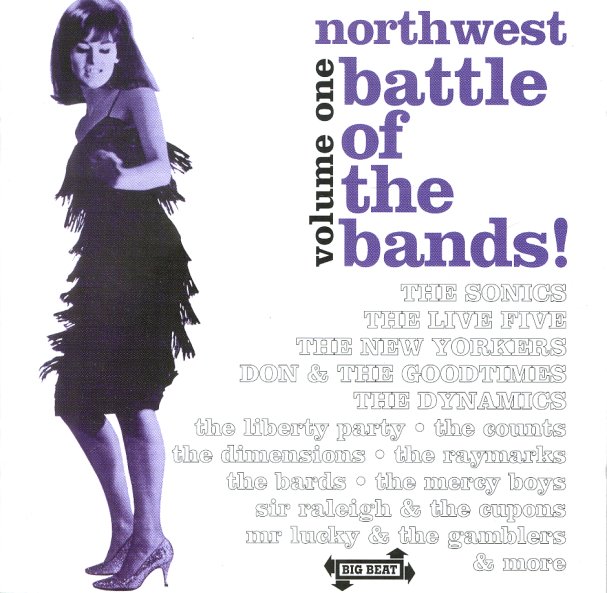 Northwest Battle Of The Bands Vol 1

Includes tracks by The Sonics, The Live Five, Don & The Goodtimes, The Dynamics, The Bards, The Mercy Boys, the Heirs, the Scotsman,the City Limits, the New Yorkers and others.  © 1996-2023, Dusty Groove, Inc.

Still Dead – The Grim Reaper's Jukebox
Ace (UK), Late 50s/1960s. Used
CD...$8.99
Creepy work from the glory days of American pop – a set that features some amazing death-filled tunes! The collection's a pretty spooky one – even more morbid than the previous Grim Reaper set on Ace, and like that one a treasure trove of under-remembered tunes that deal with death and ... CD