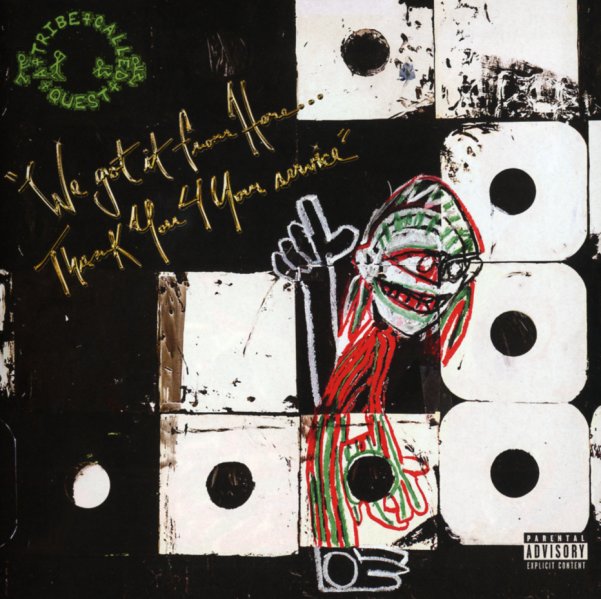 A hell of a comeback for Tribe Called Quest – maybe one of the best musical comebacks ever, and a fantastic reminder of why we loved the group so much in the first place! 18 years have passed since we last heard from the trio (now, sadly, a duo) – and that time only seems to have sharpened their sound, and given them a more powerful presence than ever! Everything we loved about them is still very firmly in place – that sense of collaboration, almost improvisation in a jazz-like way, and those moments of surprise and wonder at all the deft turns they can take in a short space. Yet there's also a new edge – one that might be even more powerful in this highly politicized moment in American history – a bite that the group never had before, and a larger social agenda that makes all of their incredible skills even more amazing, when focused on a target. We've certainly missed them – but the album's also well worth the wait! Titles include "Black Spasmodic", "The Donald", "The Space Program", "We The People", "Solid Wall Of Sound", "Dis Generation", "Kids", "Melatonin", "Enough", "Movin Backwards", and "The Killing Season".  © 1996-2021, Dusty Groove, Inc.
(Includes download.)